Jyoti Atri was appointed Director of Public Health for Cambridgeshire County Council and Peterborough City Council in July 2021 – right in the middle of the ongoing pandemic. Three months in, The Moment talked to her about her role, the challenges, and why vaccination is key. 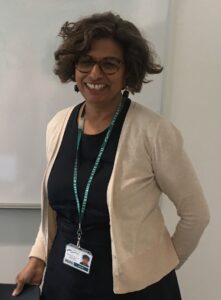 There’s good evidence that vaccination reduces the risk of hospitalisations and deaths, so you’ve got the double impact of higher rates of transmission and low rates of vaccine uptake, meaning that more of the vulnerable population are at risk.

In fact, the immunity from natural infection doesn’t last very long. It wanes after a three to six month period, whereas the protection offered through vaccination lasts a lot longer.

And in any case, it is acting as a booster. So if you have some natural immunity, this will offer you stronger protection than just your natural immunity alone. So, it’s really about dispelling some of the myths. Then there are some practical reasons – people finding it difficult to take time off work or worried about not being able to go to work if they don’t feel well after they’ve had the vaccine. Childcare has also come up as a reason. So we’re looking at offering childcare to people so they can take up the vaccine. And then there are concerns around personal health and wellbeing risks. And with that it’s about offering information and advice to people so they can talk through their concerns with their health professional. 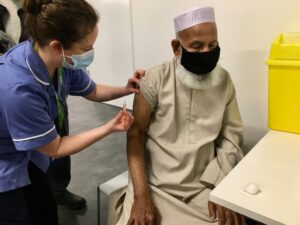 You are responsible for all public health, not just COVID – but does COVID mean that other issues are getting left behind, because people are reluctant to go to their GP or hospital?
I think there have been lots of missed opportunities over the last 18 months, not just because people have been reluctant to seek health care, but actually access to primary care has been reduced, with a lot more online appointments or telephone appointments being made. And so that means that those opportunities that there might have been in the past to take someone’s blood pressure while they’re in front of you, or measure their blood glucose, have been lost. And so there will be undetected risks out there. Further down the line that will mean more people turning up with strokes or heart attacks where they could have been managed, or their risk reduced, had we identified it earlier in their disease pathway. So what we’re seeing now is 18 months of unmet need, turning up through NHS 111, or A&E or primary care’s door – but actually, this is to be expected, given the circumstances we’ve had over the last 18 months.

It’s also not just about physical health. The need for mental health services was high even before the pandemic, and the service is absolutely overwhelmed now, so clearly, there have been some deep-seated impacts on people’s mental wellbeing and mental health through COVID. And I’m afraid that may get worse, because there’s likely to be an economic impact, with people losing jobs. 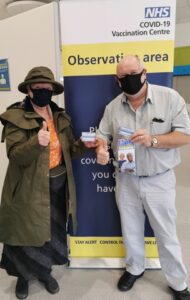 Children are back at school now – how will that affect things?
It’s a complicated picture. Rates are high in Peterborough among school-age children. They’re at low risk of hospitalisation and death, although we have seen younger people in hospital – more than during the first stage of the pandemic – and we’ve got the Delta variant, which we don’t fully understand yet in terms of the long-term impacts on children and young people. And then, of course, once it’s in younger people, they go home to their parents and grandparents. However, some of the increase we are seeing now is because we’re testing children who have gone back to school. They’re being tested twice on their return, and we’re picking up asymptomatic carriage in those kids. So rates will go up; but it’s partly that we’ve identified them better. You know, we’ve identified a whole lot of people who didn’t know they had COVID, and they can isolate and stop it spreading. So that’s a good thing. Also, when you look at the pattern throughout the pandemic, in January the rates in over 60s were pretty similar to the rates in all ages, but now there’s a gap. It’s lower in the over 60s, and that is most likely because of vaccination. Vaccinations are also responsible for much lower rates of hospitalisations and deaths now, despite the fact that infection rates are quite high.

This is why vaccination is so vitally important, and why we have a drive to persuade everyone to get their jabs. And of course, as we move to the winter, the flu vaccine becomes important for protecting individuals, as well as preventing the health service from being overwhelmed. We’re expecting a difficult flu year because we had flu suppression last year, due to people not mixing. So, those jabs are also very important too. This winter we should all try and get the maximum protection we can from being ill and transmitting both COVID and flu. 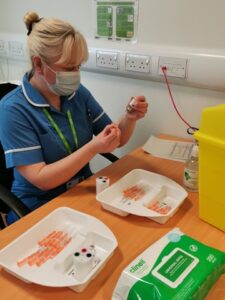 For a full list of bookable and walk-in clinics in Cambridgeshire and Peterborough: www.thevaccinators.co.uk

Find out more about the Covid-19 vaccination programme in Cambridgeshire and Peterborough via: www.cambridgeshireandpeterboroughccg.nhs.uk