Discover the sound of musicals at New Theatre Peterborough in spring 2023. Including Heathers The Musical, based on the 1988 film.

Following two smash hit West End seasons, a record-breaking run at The Other Palace and winning the WhatsOnStage award for Best New Musical, Heathers The Musical, the black comedy rock musical based on the eponymous 1988 film, embarks on a new national tour.

Westerberg High’s Veronica Sawyer is just another nobody dreaming of a better day. But when she joins the beautiful and impossibly cruel Heathers and her dreams of popularity may finally come true, mysterious teen rebel JD teaches her that it might kill to be a nobody, but it is murder being a somebody. 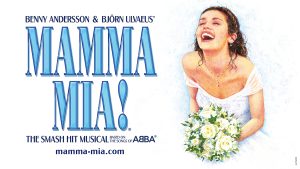 MAMMA MIA!
TUE 18 – SAT 22 APR 2023
Set on a Greek island paradise, a story of love, friendship and identity is cleverly told through the timeless songs of ABBA.

Sophie’s quest to discover the father she’s never known brings her mother face-to-face with three men from her distant romantic past on the eve of a wedding they’ll never forget.

This irresistibly funny show has been thrilling audiences all around the world and now there’s never been a better time to see this unforgettable musical in Peterborough. Whatever age you are, you can’t help but have the time of your life at Mamma Mia!

THE COMMITMENTS
MON 15 – SAT 20 MAY 2023
The Commitments is a fantastically feel-good celebration of soul.

Returning to tour the UK and Ireland, 5 years after a phenomenally successful, record-breaking run in London’s West End and subsequent sell-out tour, The Commitments is based on the BAFTA award-winning film classic.

With over 20 soul classics performed live on stage including: Night Train, Try A Little Tenderness, River Deep, Mountain High, In The Midnight Hour, Papa Was A Rolling Stone, Save Me, Mustang Sally, I Heard It Through The Grapevine, Thin Line Between Love and Hate, Reach Out, Uptight, Knock On Wood, I Can’t Turn You Loose and more!

A guaranteed fabulously fun night out you will simply never forget.

SIX THE MUSICAL
TUE 6 – SUN 11 JUN 2023
Reigning on Broadway and in the West End, the international smash hit musical Six is coming to Peterborough!

Winner of the 2022 Tony Award for Best Original Score, the 2022 WhatsOnStage Award for Best West End Show and a Gold- Disk winning album, this sell-out Tudor take- off has ‘an incredibly strong and powerful message’ (The Australian) and is ‘pure entertainment’ (The New York Times).
From Tudor Queens to Pop Princesses, the six wives of Henry VIII take to the mic to tell their tales, remixing five hundred years of historical heartbreak into an 80-minute celebration of 21st century girl power. These Queens may have green sleeves, but their lipstick is rebellious red. 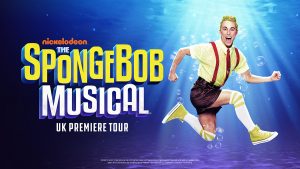 THE SPONGEBOB MUSICAL
TUE 20 – SAT 24 JUN 2023
Plunge into this stunning all-singing, all- dancing, dynamic stage show! When the citizens of Bikini Bottom discover that a volcano will soon erupt and destroy their humble home, SpongeBob and his friends must come together to save the fate of their undersea world!

Based on the series by Stephen Hillenburg, The SpongeBob Musical, written by Kyle Jarrow and conceived by Tina Landau, features a tidal wave of original songs by the world’s most iconic rock and pop artists, including Yolanda Adams, Steven Tyler and Joe Perry of Aerosmith, Sara Bareilles, Jonathan Coulton, Alex Ebert of Edward Sharpe & The Magnetic Zeros, The Flaming Lips, Lady A, Cyndi Lauper, John Legend, Panic! At the Disco, Plain White T’s, They Might Be Giants and T.I., and songs by David Bowie, Tom Kenny and Andy Paley. Additional lyrics by Jonathan Coulton. Additional music by Tom Kitt.

An exciting new production featuring irresistible characters, magical choreography and dazzling costumes; this deep-sea pearl of a show is really set to make a splash with audiences young and old as the must-see musical of 2023. The future is bright, the future is bold, the future is The SpongeBob Musical.