Do you feel like you are constantly filling up your dog’s water bowl or cleaning up after little accidents as they are urinating more frequently? This could be a sign of ill health. One of the most common presenting complaints in older animals is increased thirst (known as polydipsia). This usually goes hand in hand with increased urination (know as polyuria). Sometimes the volume is so large that it is impossible to miss, but in the hot summer months it can sometimes be hard to tell whether increased water intake is significant or not.

The first thing we advise is to measure how much your pet is drinking over at 24 hour period (do this a couple of times and take an average), then we can calculate whether this is excessive or within the normal limits for hot weather. As a rule of thumb animals should drinking roughly 50ml of water per kilogram of body weight each day. A little bit extra is fine but more than twice that and there is a high chance that something is underlying. Many different conditions present with this sign and if caught early most are very easily treated. Sometimes it can indicate an infection, especially in a female dog that has not been spayed. An infection of the uterus or ‘pyometra’ needs to be ruled out if such bitches are drinking more, unwell and vomiting. A pyometra is serious if untreated and can make them very unwell.

Surgery to remove the uterus may then be needed as an emergency procedure. This is one of the main illnesses that can be prevented by having the bitch spayed earlier in life. Urinary tract infections can make it seem as if the dog is urinating more, but in reality it is likely that they are urinating more frequently but smaller amounts. A simple urine dipstick will usually rule this out. Once it has been ascertained that the fluid intake is excessive a blood test is usually required. In older dogs, diabetes, an underactive thyroid gland, liver disease, kidney disease or other hormonal conditions can all lead to excessive drinking.

At my practice, the blood tests that we run on our own blood analyser will investigate kidney problems, liver problems and diabetes. Hormonal conditions such as a underactive thyroid (hypothyroidism) or Cushing’s disease (an over production of cortisol – one of the bodies stress hormones which acts like a steroid) are a little bit more difficult to diagnose and require more specialist tests.

For hypothyroidism we send a blood sample to out external lab comparing the ratio of two different chemicals: TSH and T4 is the main thyroid hormone which is produced by the thyroid gland in the neck. Unfortunately testing this hormone alone is not very helpful as other illnesses can lead to a low result. We also test TSH (thyroid stimulating hormone) which is produced by the brain to tell the thyroid gland to produce T4. If the TSH is high (meaning the brain is telling the thyroid gland to produce more T4), but the T4 is low, we know that the gland is not behaving normally, thus diagnosing an underactive thyroid condition. If both are low it is likely that some other illness is damping down the whole pathway so we need to keep looking.

Cushing’s disease usually has characteristic physical signs, but the dogs are generally quite well. From the high level of steroid (cortisol) we see thinning of the skin and hair, muscle loss and sometimes a pot belly. Cortisol levels do vary throughout the day but in patients with Cushing’s are consistently higher. Stress can also mimic a single blood test. To diagnose Cushing’s we need to do to several bloods tests in a single day after giving a stimulant injection. This way we can tell whether the body’s response is correct. Both hormonal conditions are very treatable with medication given either to supplement or counteract the abnormal hormone levels depending on the diagnosis. If we suspect diabetes, a urine sample is also helpful to see if any there is any sugar present in the urine.

At Pengelly and Mizen we are offering a senior dog package to investigate some of these conditions. We have produced this package to help screen for common diseases in your cherished older dog so that we can diagnose and treat any problems earlier and more effectively. Our reduced cost package consists of a blood sample to check kidney and liver values and blood sugar as well as electrolytes and a red blood cell count. We can also chat about mobility and any other concerns you may have. 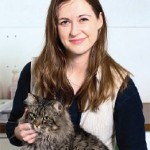