Front-engined and with an engine from a van, the 924 was often sneered at by Porsche purists. Yet its impact on the company was instant and as big as the 911’s 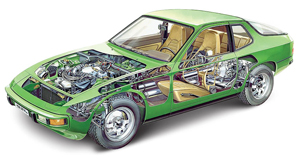 The 924 may be one Porsche’s most successful models yet it had a difficult birth. Although developed by the German company, the 2+2 coupe had been originally commissioned in the early Seventies by Volkswagen. Dutchman Harm Lagaay, a member of the Porsche styling team, created the overall styling. Its hidden headlights, sloping bonnet and grille-less nose gave the car its popular wedge shape. However, in 1973 VW’s management canned the project citing it would have been too expensive to produce as the reason (it would eventually produce the Golf-based coupe, the Scirocco). Yet that wasn’t the end of the car. With sales of the 911 slowing and production of its rear-engined 914 recently finished, an entry-level model was just what Porsche needed and so bought the design off VW.

The car finally reached production in 1976 and was immediately praised for its looks, handling and price. At £6,999 it was excellent value and much cheaper than the 911. However, it was criticised for its speed, or rather lack of it. With 125bhp from its 1984cc engine it took 9.5 seconds to reach 62mph and a top speed of just 125mph, which wasn’t very Porsche like. 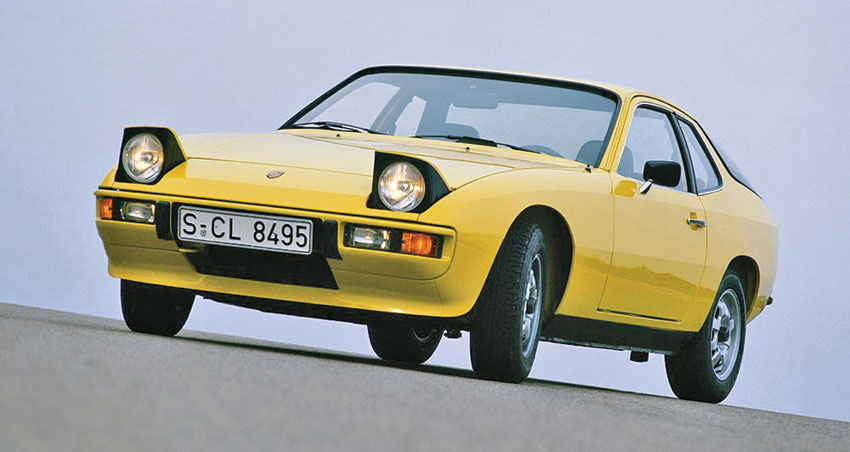 And that’s exactly what the purists said who were very critical of the car. Not only was it meant to be a VW, they said, it was also front-engined – a first for the German company – and the engine was used in a multitude of VW products, including the LT van.

And yet the car wasn’t aimed at the existing 911 driver – it was aimed at those who wanted an easy to drive, spacious coupe but from a specialist sportscar manufacturer and not just a rebodied hatchback. It worked. It opened up a new market for Porsche and was bought by people who had never owned one but – despite the low power – found the lure of the famous badge too much. As a result 25,596 were built in its first full year of production.

Porsche soon solved the lack of power by introducing various models, including the turbo model from 1978 that improved the bhp to 170bhp making it three seconds quicker to reach 60mph. Then there was the S. With VW stopping production of the 924’s four-litre in 1984, Porsche dropped in a detuned version of its 2.5-litre four-cylinder. The result was 150bhp and the kind of performance that was expected from a Porsche. But just as the car was becoming more like the sportscar its badge promised it to be, with the company concentrating on its more upmarket models, the 924 was finally dropped in 1988. 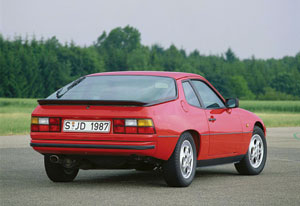 Despite its difficult beginnings the car was a success, selling 152,081 examples in 12 years. It also proved Porsche was more than just the 911 as the subsequent 944, 968 and to a degree its modern ancestors (the Cayman and Boxster) prove. It also showed the Porsche name was strong enough to compete in other markets, such as the SUV with the Cayenne.

So ironically while the car was originally derided by Porsche purists, today the humble 924 sums up the company’s current diversity.