Ever wondered what it’s like to experience genuine off roading? To drive a 4x4 over extreme conditions, testing the limits of your driving skills? Thanks to Land Rover, now you can. And we have.

It isn’t the steep and slippery entry into the water that makes me pause, or even how long and deep the pool is. It’s the steepness of the exit. Looking like a vertical wall of mud, there was no way we’d be able to climb up. Yet my instructor stays calm. He simply plays with a dial on the Land Rover Discovery 4’s central console to alter the car’s settings and then leaned back. It was up to me now.

Unless your children’s school is in the middle of a forest, there’s a good chance you’ve never taken your SUV anywhere rougher than a gravel drive. You’ve been missing out. Beneath their often MPV-like interior, modern four-wheel drives are highly capable pieces of equipment that can cross the most extreme of terrains.

To prove this, Land Rover has set up 10 Experience Centres across the UK where potential or even current customers can see first hand the awesome abilities of its products. With the East of England centre only down the road at Rockingham Castle near Corby, it was too good an opportunity to miss.

Set in the grounds of the castle itself, the off road course is a 45-acre muddy playground. Every conceivable natural obstacle has been created here, from dangerously steep gradients to deep-water pools. The car I’ll be trying not to get stuck in is a brand new (and I mean brand new – just 600 miles) Land Rover Discovery 4 HSE. Costing £50,745, its like giving your child a Bvlgari watch to wear to the park. And yet the centre’s lead instructor – Ed Cobley – informs me there is no finer new car for off-roading. Powered by a 240bhp three-litre diesel engine and with 310mm of ground clearance, there’s not much that it won’t cross, wade or climb. Heart of the car’s amazing abilities is the Terrain Response System. Depending on what environment you’re crossing, simply turn the dial to the appropriate setting and it adjusts the ride height, throttle response and engages Hill Descent for engine breaking. There are five settings in total; Road, Grass/Gravel/Snow, Mud & Ruts, Sand and Rock Crawl. To prove it works, Ed drives along a muddy track with deep ruts in road setting and then with the Terrain Response turned on. The difference is huge. Where as before the car struggled for grip, in Mud and Ruts it pulls it’s way through the slippery slime with little hesitation. 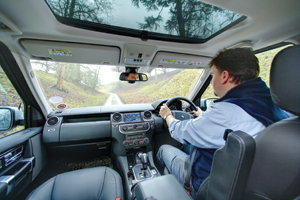 Yet despite the car’s abilities, it’s only as good as the person who drives it. The secret of off roading, Ed explains, is being delicate. Whether it’s with the throttle or steering, subtlety is the key. Too much power and you can hit the holes too hard, which can unsettle the car or even damage the suspension. And on that cheery note, it was my turn.

Ed kindly decides to throw me straight into the deep end and so my first challenge is the ‘elephant’s feet’ track. Littered with deep and unevenly spaced holes, they severely affect the car’s traction. After edging my way forward, the front passenger side wheel rolls into the first hole and as it does so the opposite side lifts into the air. It feels as comfortable as a car crash. I try to listen to Ed’s instructions but he’s being drowned out by the noise of my thumping heart. He’s telling me to gently squeeze the throttle for a tiny amount of power just enough to keep the wheels moving, not too much that we bounce forward and I lose control. As the car slowly rolls out of the hole, the other side falls into one and I’m on three wheels again. Up, down, up, down. It’s a very bouncy ride. I misjudge the last hole and push the accelerator too hard, launching 2.7-tonnes of Britain’s finest into the air. As we come down with a crash, Ed looks at me and says simply ‘Gently’.

I push the accelerator too hard, launching 2.7-tonnes of Britain’s finest into the air 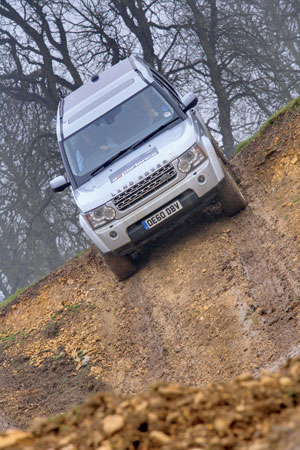 He then points me to the left where my next test was a slight climb before a steep descent. This meant I had to take the drop blindly. This might not sound difficult when you’re on the road, but it’s scary on terrain such as this because you don’t know what’s waiting for you. There might be water, a weak surface or quick sand (admittedly the latter is rare in this part of Leicestershire but you never know). I follow Ed’s instructions and use the front bonnet edge to make sure the car is level. With it lined up, a gentle kiss on the accelerator is all it takes to tip the car over the apex. Think muddy rollercoaster. My stomach certainly did. My natural instinct is telling me to stamp on the brake pedal, but I don’t touch it. If I did, the wheels would lock and we’d slide down, thus losing control. Instead, I let the car’s Hill Descent function do its job of using engine braking to keep the car from running away. We reach the bottom safely, although I realise I’m gripping the wheel so tightly I’m in danger of peeling off the leather. After doing this a couple of times, Ed has something else in store. Water wading.

All I can see is the wet, slimy ground. Very reassuring

I’m directed down another steep and slippery descent and at the bottom is a pool so murky it makes one of Jimmy Carr’s jokes look clean. The secret of wading is to create a bow wave that pushes the water away from the areas that don’t appreciate being wet (engine, screaming passengers, that sort of thing). After I enter the water Ed instructs me to immediately get back onto the throttle since the burst of speed will cause the wave. And just like Moses (although minus the robes) parting the Red Sea, it does. I now feel like a genuine off-roader, able to cross any terrain, confident of that nothing can stop me…

And then I see my exit. Steep? Scaling Peterborough Cathedral in outsized wellingtons would be easier. Just before we start to climb Ed calls for more power and amazingly – despite the incline, the slippery mud and my own incompetence – the car hauls itself out of the water and up the hill. With masochistic relish, he then tells me to stop. I immediately stamp on the pedal and there we stay, the Discovery’s brakes strong enough to keep us hanging. What’s more, when I come off the pedal, the car stays still. The brakes remain locked to give the driver a couple of seconds to get back onto the power without falling backwards. As we transverse the top, Ed cheerfully lets me know he’s saved the best for last. Oh goody.

What I’m facing now is a track so uneven, it makes my potholed street look smooth. Created to test the car’s centre of gravity, the left side is higher than the right. I’m told this is easily the most dangerous part of the course because if I get it wrong the car will simply roll over onto its side. I take some time to ensure the car is straight then release the brake and inch forward. The left side immediately starts to lift and the car is at a 35-degree angle. I snatch a look out of my window and all I can see is the wet, slimy ground. Very reassuring. I need to make constant steering corrections to keep the car straight and true. But it’s a balancing act. Too much to the left and it could cause the car to roll over, too much to the right and it would get beached between the two levels. After what feels like an eternity (in reality, 30 seconds) the track finally flattens out and we’re straight again. I’ve made it, but it was extremely nerve racking. 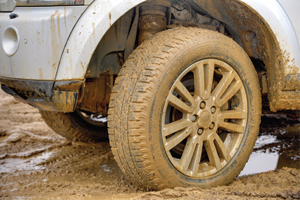 Sadly, that signals the end. It has been a phenomenal experience. I feel a sense of real achievement – despite my initial apprehension, I have driven over terrain I never thought possible. I’d like to say it was my own pure skill, but in reality it was down to the Discovery 4. An incredible piece of machinery, its Terrain Response System makes off roading easy. The conditions may be harsh, but I did it all in my shirtsleeves and using nothing more than my finger tips. Ed assures me with a Defender – Land Rover’s original, more basic off roader – it isn’t that easy. And lets not forget the human aspect. As a highly experienced off roader himself (his other car is a Bowler, a terrifying racing Land Rover) Ed didn’t put me in any situation he didn’t think I could handle. He doesn’t scare easily either. Always a bonus. These centres are also environmentally friendly. The East of England site uses a man made course, set aside for 4x4s, meaning green lanes aren’t damaged.

As I drive the now filthy Discovery 4 (they look better like that) back to the centre’s reception, I glance down at the mileage. Despite feeling physically drained, we’ve covered less than a couple of miles. However, I’d had more fun than anything I’d experienced before. And do you know the best thing? You can experience it too.

We have a half-day voucher for the East of England Land Rover Experience to be won by one Moment reader. 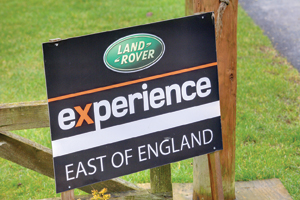 For your chance to win, send an e-mail with Land Rover Experience in the subject box to