Enjoy an hilarious bank holiday weekend as the New Theatre brings the very best talent in the comedy circuit to Peterborough for its Comedy Festival. The evening’s MCs will guide you through these nights of fun and laughter, keeping you entertained before each of the evening’s three headline acts perform.

Daliso Chaponda (MC) – As seen and heard on The Royal Variety Performance, Britain’s Got Talent 2017, Britain’s Got Talent, Champions 2019, QI, The Apprentice: You’re Fired, The News Quiz and The Now Show. Daliso is also the writer, creator, and host of his Rose d’Or nominated BBC Radio 4 show Citizen of Nowhere.

Darren Harriott – Double Edinburgh Award nominee. Darren’s TV appearances include; host of Live At The Apollo and The Dog Ate My Homework, team captain on Guessable and series regular on Don’t Hate the Playaz.

Mark Watson – Edinburgh Festival Award winner and Time Out critic’s choice, Mark’s recent TV credits include QI, Taskmaster, and Bear Grylls’ Celebrity Island. He has also appeared on Mock The Week, Celebrity Pointless, Have I Got News For You, Would I Lie To You?, Live At The Apollo and Channel 4’s Comedy Gala. 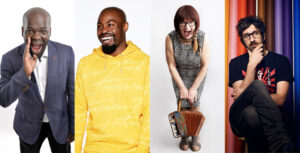 Justin Moorhouse – As seen on Live At The Apollo, Peter Kay’s Phoenix Nights, 8 Out
of 10 Cats, Alan Davies: As Yet Untitled, Celebrity Mastermind and Coronation Street. Series regular on The News Quiz, The Premier League Show and 5Live’s Fighting Talk. Justin is also hosting a weekly BBC Manchester Radio show and his podcast – About 30 Minutes No More Than 45 – which has over a million downloads.

Hal Cruttenden – One of the top touring stand-up comedians working in the UK.
He has made several appearances on Live At The Apollo, Have I Got News For You, The Royal Variety Performance, Would I Lie To You, The One Show, The Great British Bake Off: An Extra Slice and The Apprentice: You’re Fired.

Luisa Omielan – The first British comedian to ever receive a BAFTA Breakthrough Award for comedy, and already has three ground-breaking hit shows under her belt. She is uplifting, thought-provoking, ahead-of-the-times and damn funny.

Andrew Maxwell – He has appeared on I’m a Celebrity Get Me Out of Here, he is also the recognisable voice of MTV’s hit show Ex On The Beach. As well as being a regular on Radio 4 as the host of Welcome To Wherever You Are, he’s frequently on The News Quiz. 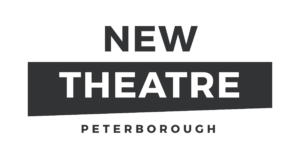