It's no secret that the music industry has been going through some dramatic commercial changes over the past few years and that a combination of events have contributed to this. We often hear that retail sales of CD albums are suffering and it’s a fact that several national outlets have ceased trading altogether 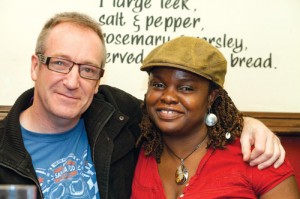 The reasons given for this are many and varied, but most commonly it is reported that competition from the video gaming market and download sales are the main factors with regard to this decline in the physical sale of albums. Much of the press surrounding the recent Mercury Awards revolved around the death of the album, and this has been a common topic with music journalists in general of late. However, one possible reason for the decline in physical album sales that does not appear to receive much press or scrutiny at all, is quality of product. Could the quality of the product on offer be itself in decline, and if so, why is this the case?

We currently live in celebrity obsessed times and reality TV / talent shows dominate viewing figures and in tandem with this, music sales. So is this a good thing or a bad thing?
We look at these questions, put them to several local artists and explore the impact of shows such as the X Factor and The Voice on CD album sales, the public and the music industry as a whole.
Our first port of call was a local open mic night, where we met up with Jeffrene Francis-Williams, a former native of Jamaica who moved to England a few years ago after marrying her British born art tutor Gary. Jeffrene is a singer songwriter and fronts local reggae band Talawah, her husband Gary is the bassist.

Finding inspiration through poetry and the written word, Jeffrene began to create her own work at the tender age of 12 years and later in life began to write lyrics for her songs too. She says

I have a need to communicate and writing lyrics for the band gives me that opportunity. It’s also therapy. I can look at myself through my own work and use it to assess my thoughts and emotions

So how does this singer songwriter view talent shows and their place in the music industry? First of all, does she see them as having artistic value? Sitting in the corner of a local city venue, with live music being performed in the background, Jeffrene opens up with a wry grin and simply says that first and foremost “Art is about creation and exploration of self- expression. I don’t see that talent shows allow that type of freedom. From what I understand, even the tracks that these contestants sing or play are chosen by the producers of the show”.

We get into the age old argument about what constitutes art and whether talent show contestants produce it or not. For instance, is the performance itself art or just a talent for entertaining? Jeffrene seems to be in two minds, but replies “I don’t think the performance is art in itself, as there is little or no personal creation involved”.

But what does this matter to an industry that is simply trying to sell a product? If twelve million people are entertained by a talent show contestant and are moved to buy their CD, does it matter whether they are buying art or entertainment?

Another wry grin as Jeffrene choses her words carefully “Well it might matter for the artist’s career longevity. Many of these talent show winners or contestants seem to vanish after their short period of fame and possibly that’s because they have very little artistic ability, or if they have, it’s not what they became famous for and were never permitted to demonstrate it. ”

We point out a few exceptions specifically regarding career longevity such as ABBA, Sheena Easton, Leona Lewis, Will Young etc. ABBA of course came by their fame via the Eurovision Song Contest , not strictly a talent show, but a competition nevertheless.
Asked whether she would herself enter such a talent show, Jeffrene replies “ I don’t see the point, I don’t want fame for its own sake and it seems that celebrity
is all that’s on offer and if you either win outright or appear on one, who would care about the substance?”

Our conversation with Jeffrene continued well into the evening. Arguments, counter arguments, good banter and serious points were made regarding the value of these shows to the industry as a whole and the music buying public.

Music, Artists, Talent Shows And The Death Of The Album 1 2 3