There is sometimes a real compunction among artists to create what they think others want them to create in terms of style and subject matter. You may think I’m referring to the often complained about straight jacket to produce commercial art for the consumption of the general public. There is that. But I’m actually referring to the pressure to create what is deemed to be a valid piece of art by art cliques, critics and selection panels. This I think is equally if not more pernicious 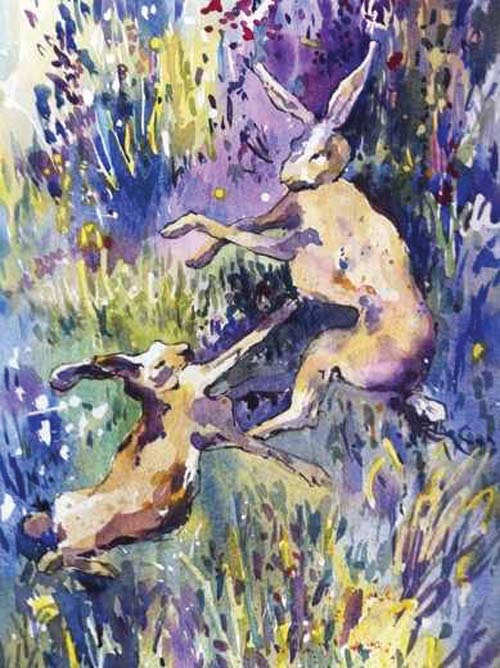 Art is yet another excuse for folk to differentiate themselves creating intellectual hierarchies which in their most insidious form exude intellectual and sometimes inadvertent social snobbery. I have a pretty profound understanding of the art market and take as much pleasure in observing behaviours in the art world in fact as I do exhibiting and selling art from my gallery.

I feel sorry for artists. The times they ask me: what is selling at the moment? What sort of thing do you want in your gallery? Or conversely they say: “I don’t really create for the public. I create what I want to create and if the public don’t like it, then that’s up to them.” I’m not really much for any of these questions or remarks. I think my stance is this. If a work is good its impact whether aesthetic, skilful or conceptual will communicate itself and resonate. It matters little whether it’s a realistic painting or an abstract splodge, a beautiful landscape or a macabre uncomfortable image. It also matters little on a more general point whether it’s loved by lots or loved by few, sometimes referred erroneously to whether it’s commercial or not.

I’d be lying if I said I didn’t mind if art didn’t sell in my gallery. That’s what keeps my gallery open of course. But I suppose I know I’ve hit the metaphorical jackpot when I find an artist who communicates something really beautiful or unique which is also lapped up both by art lovers and the general public. That is real success for the art world in my view, just as when hoards of diverse people flock to museums and public galleries to see veritable artistic spectacles.

In this article, I’m sharing the work of contemporary impressionist painter Deborah James from Warmington who lays testament to the notion that one can achieve artistic resonance and integrity while painting beautiful colourful landscapes enjoyed by a diverse audience, both the general public and more serious art gallery goers. 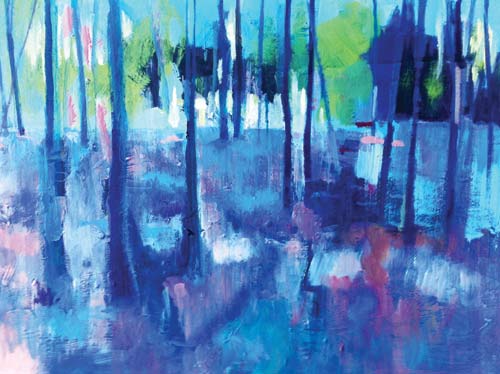 The Integrity of Nice Pictures

Deborah James, a well known artist in the area, has come on an artistic journey particularly in the last five or six years. Initially preoccupied by her own admission with producing art for people who liked nice pictures, she came to the realisation that the expression of beauty on canvas had to come from within. Ironically this is how she now succeeds in touching the public with her wonderfully coloured and proportioned impressionistic landscapes. Deborah has struggled to define herself in relation to her work as all artists do, and naturally this relationship has evolved and continues to evolve. Originally she studied Graphic Design and then worked as a successful commercial calligrapher for many years in Cambridge.

I think because my art was always linked with earning money in the earlier years, I linked the two concepts of creating art and people pleasing quite naturally. For me it’s been about being brave enough to paint in a way in which I want to paint rather than adhering to the rules and regulations set by others

Deborah has spent the last seven or so years visiting galleries and exhibitions with a view to harnessing her own confidence in the move away from the detail and precision dictated by her training and the obligation to paint what she thought others wanted.

I really now want to communicate who I really am through my work. I am deeply influenced by the Impressionists, not just because of their use of colour and the freedom of their brush strokes, but because they were so rebellious. Their work was criticised for being unfinished and they quite fundamentally went against all the conventional rules of painting. The work I’m producing now is reflecting much more the liberal thinker that I really am and it is very exciting 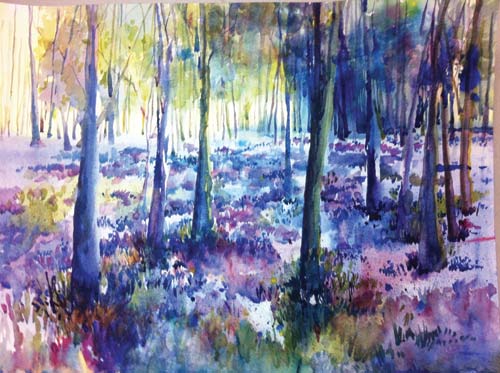 The turning point for Deborah as an artist was when she was invited to join a local painting group.

In 2007 I was contacted by artist Alan Oliver to join a group in the village of Tinwell called the Rutland 7. I still belong to this group. Alan was a massive inspiration to me as his group was mainly about experimentation with paint. He taught me the very valuable lesson that with painting there are no rules. He just wiped them away. I developed more my use of oils and acrylics and quite surprisingly for me, who had loved figurative work previously, developed a real love for painting landscapes which I am currently more associated with

Deborah is not precious about her work being accessible and well loved. She also recognises how important selling her work is to validate its quality.

I suppose I really felt like an artist when people started to spend their hard earned cash on it. Earning money as a woman has always been an important way to validate any work I have done in the past and it is no different with art, to be honest. It is really satisfying when I sell a piece even though I am sometimes sad to lose it. I was involved with an exhibition at the Chelsea flower show and painted on location a boxing hares statue. I just loved this piece but then it was especially requested after viewing a print and I had to let it go. I’ve recently had to produce another boxing hares watercolour for the Wildlife in Action Mall Galleries exhibition in London this year as the selection panel also loved it

Now Deborah is moving forward more confident with her craft and development of her own style, exploring colours and different combinations of loose brush strokes and semi-abstract styles which have been very well received.

I feel now I know what I am doing. I have practised my craft and have explored and continue to explore the actual physical paint as an instrument to make my mark. I still attend life drawing and portrait classes to keep my drawing skills sharp, but I can now enjoy the more emotional response to my work. What really matters is that it means something deep down for the viewer

Deborah is also clear about how she wants to position herself as an artist, producing well, painted bodies of work recognised by the public and a growing collector base.

Work can also be viewed at the
Art in the Heart Gallery,
Bridge Street
Peterborough
PE1 1HA,