On 10th June women from across Peterborough took part in a national Procession in London to commemorate the 1918 Representation of the People’s Act. This act gave some women the right to vote and paved the way for all women to be able to vote in 1928. Arts organisation Metal engaged artists Kate Genever and Katie Smith to lead workshops over 15 weeks to create banners to take on the parade. Workshops were free and engaged individual women as well as groups such as Huntingdon and Peterborough Women’s Institute, Iqra Academy, the Embroiderers’ Guild, Women’s Aid, HMP Peterborough, Sisters Coffee Morning and the Soroptimist International. 40 women from Peterborough joined the 30,000+ strong Procession in London organised by Artichoke as part of the 1418NOW programme. Processions also took place in Belfast, Cardiff and Edinburgh which were covered live on the BBC. Here we hear a little about what it involved through the words of some of the women involved and images from the project... 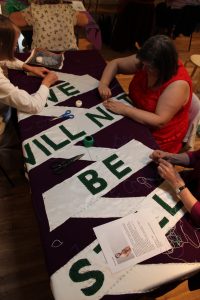 “I was attracted to Processions from my own living experience, as an empowered Portuguese woman wanting to help other women to follow suit. While attending the workshop I made pansies (the emblem of the suffragettes) and learned new creative techniques. I felt celebrated in these workshops. Women’s rights are a crucial theme even in today’s world. The fight for equality and to be represented through our rights to vote as a citizen still continues. Equality is not yet achieved. We still have sisters of colour, from diverse & ethnic backgrounds, that are yet to be heard. My involvement was to represent them and acknowledge they are not silent.

“One of the highlights from the workshop delivered by Metal was the opportunity to write a letter on a typewriter to early suffragettes, the opportunity to thank them for their commitment, resilience, struggle and dedication in their fight to represent women’s voices worldwide. What I take with me is all the women I met in this workshop, the experience of working together and group discussions where everyone had a voice. It has been a privilege to be involved.” – Carla Lopes 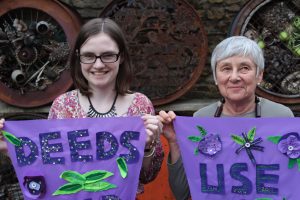 “For me, it was a chance to do something creative in Peterborough in an all female environment while discussing issues surrounding feminism. The themes of the workshops were particularly important to me, having volunteered at The Feminist Library in London in 2016.

“It was a safe and supportive environment to explore old and new ideas without any feelings of pressure or competition. It also gave us a voice outside of our work and home life. It is something we won’t forget quickly and will be a topic of discussion for us for many years to come.” – Lorna Harrington 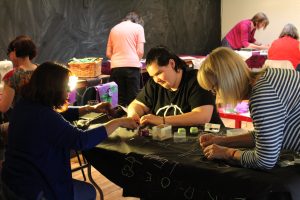 “I have enjoyed being part of a much bigger project, knowing there are women coming together to celebrate this centenary.

“I am proud that my family may see this on television and know that I am part of it. The memory I will take away from this project is the day I learnt about the Suffragettes and what they did. It had a massive effect on me. I had never heard of them before and what they went through for us to have the freedom and rights we have now. I am going to pass on what I have learnt to my daughter and granddaughter.” – Julie (resident at HMP Peterborough) 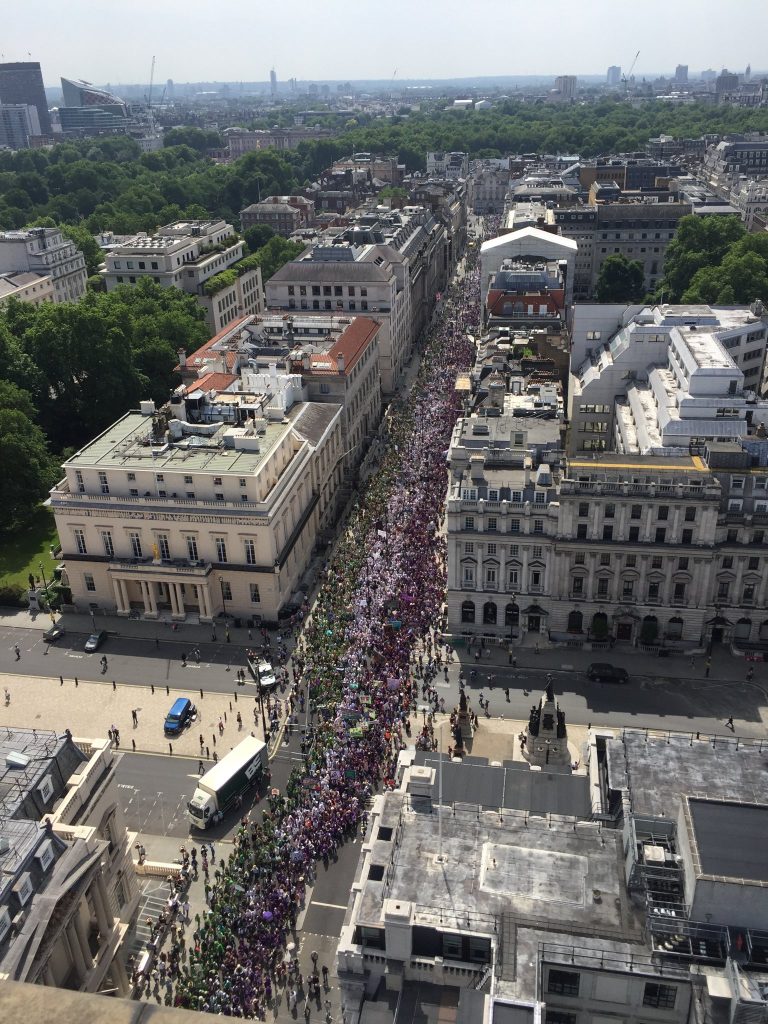