Getting married isn’t just about wedded bliss – it can also save you tax, explains Rawlinsons Julie Bloodworth 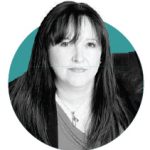 The tax regime for those who are married has changed considerably over the years. It seems hard to believe that until 1990 a married woman’s income was reported for tax purposes by her husband. In 1990 the government realised that perhaps women were separate and able to submit their own tax assessment! Since that date, for income tax purposes each party to the marriage has had reasonably separate tax affairs. The first change to this came with the highincome child benefit tax charge. One party to the marriage needed to know what the other earned to understand whether the claw-back applied and who pays it. And now we have the transferrable marriage allowance.

THE MARRIAGE ALLOWANCE
Introduced in April 2015, the Marriage Allowance permits eligible spouses to transfer 10% of their personal allowance to their partner. However, figures from HMRC reveal that of the alleged 4.2million couples eligible for the tax break, only around 1.3million have actually claimed it. The Marriage Allowance is only available to couples where neither pays tax at the higher or additional rates. Therefore, the couples most likely to benefit are those where one of the spouses has little or no income and the other spouse is earning between £11,501 and £45,000. For the current tax year, with the personal allowance set at £11,500, eligible taxpayers can transfer £1,150 to their spouse, reducing their tax liability by up to £230.

It is possible to backdate a claim for the Marriage Allowance to include any tax year since 6 April 2015 in which the couple was eligible for the tax break. The tax bill of a recipient of the Marriage Allowance was reduced by up to £212 in 2015/16 and £220 in 2016/2017. Couples are able to register for the Marriage Allowance at www.gov.uk/marriage-allowance. If the application is successful, any changes to your personal allowances will be backdated to the beginning of the tax year. HMRC will refund those with successful applications by either changing their tax code, or by altering their Self Assessment Tax Return (if they are self-employed). In future years the allowance will transfer automatically to the spouse until either of the couple cancels the Marriage Allowance or there is a change in circumstances. This means a potential reduction in the annual tax bill of more than £200 every year.

OTHER TAX BENEFITS
The Marriage Allowance isn’t the only way married couples may be able to save tax. For many a big advantage of getting married is being able transfer assets to a spouse on death. Currently Inheritance Tax is charged at 40% on estates above £325,000. Married couples can pass all assets onto the surviving spouse tax-free so that on the death of the surviving spouse a £650,000 allowance applies before tax is charged. There is a further nil-rate band that relates to an individual’s main residence, which means that in some circumstances a married couple may have a total nil-rate band of £1m between them by 2020. Married couples can transfer assets between each other without paying Capital Gains Tax.

Where those assets are income producing they can use the transfer to minimise income tax if one spouse pays tax at a lower rate than the other. There can also be benefits relating to the transfer of a deceased spouse’s pension. In most cases the tax breaks associated with marriage also apply to civil partners. Please contact Rawlinsons for more information on anything in this article.