After a meteoric rise in retail development from humble beginnings as a paperboy, Mike Greene had established his own business by his early twenties. When it crashed and he lost everything, he did it all again – but this time, he did it right. Following a hugely successful career and a life-changing experience on Channel 4’s Secret Millionaire, he now divides his time between charity work, mentoring and his personal life – which includes some extreme challenges on tough mountains and angry seas. His new book, Failure Breeds Success, seeks to explain why we should embrace our failures

When you were first starting out, what was the initial spur that drove  you? 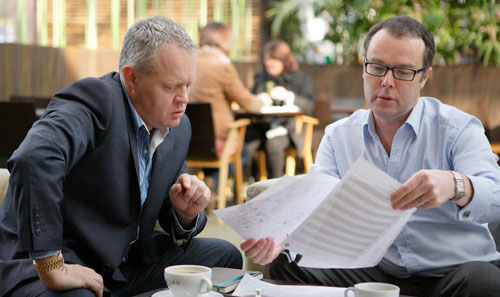 My dad left the family when I was four, so my mum was bringing us all up on her own, and
we lived in a council care home – because there was nowhere else to go – then a council house. So money was really tight. We went to school to get school dinners. That was a way of guaranteeing a good meal because my mum was working all the time. So money was always needed, and seeing my mum working constantly meant that there was a work ethic built into us anyway. We went out potato picking, newspaper rounds, milk rounds – anything we could get.

Children are often resilient in those circumstances – do you remember it being a tough time?

It’s partly because 40 years have passed, but I don’t recall it being a chore – we all went out and did our bit. It was quite instinctive. Sometimes you read in newspapers about child exploitation, but a lot of the time I think it happens because the children don’t realise they’re being exploited. We always enjoyed it. It was hard work, but it was something to do, and the money at the end of it was good. I remember the newsagents – it was in a village near Luton – and we were always willing to do the extra round when someone was sick, and in addition to the money there was the positive recognition that all kids flourish on. It certainly didn’t feel like it was any kind of hardship. It was just the way we got through. 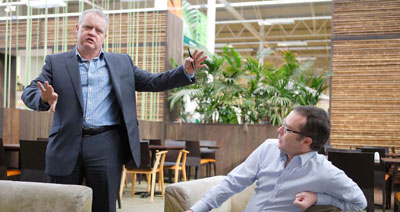 Where do you consider your career to have really begun?

We moved to Peterborough – Bretton – when I was 11. And I went and got a paper round at Martins, and so did my older brother. But at Bretton Wood School we also did work experience. I remember doing that at Peakirk Wildfowl Trust and loving it, because I do love the outdoors and wildlife. But the guys working there made it clear to me that it was barely above social security level income! So, much as I’d love to do it, there wasn’t a career there. So there was a move away from what might have been a passion – because I wouldn’t have been able to afford to achieve some of the goals I wanted.

Then, in the sixth form, I did “Insight into Banking” where I worked for six weeks at Lloyds Bank. Much as the people were lovely, it was the longest six weeks of my life! Just a really tedious day. Looking back, I realise it was only tedious because it wasn’t right for me, but it did give me a really good benchmark, in that I could directly compare a day at the bank to a day at the newsagents, and I realised that the newsagents changed every day, was constantly busy, there was a lot of interaction with people. I guess that was the first step in moving me towards retail, because I knew I loved it. Then, whilst I was doing my A levels, Martins offered me an opportunity to get into their trainee management programme, which I did instead of going on with education. I worked as assistant manager for literally weeks before I got an opportunity to be a relief manager, then area manager, regional manager… Then on into development, which led to research and got me into my own business.

Did the bank experience have anything positive to offer the future businessman?

My discontent is no reflection on banking – I have a lot of friends today with very successful careers in that sector. But I am now a certified behavioural profiler – I have been for 12 years – and I realise it was not to do with whether banking was interesting or not, but my behavioural fit to banking. There
are many behavioural types, but they all segment up into four core types, two of which would just die in a banking role. The other two would be stimulated by it and enjoy it and probably do well. As I got into that, I was able to reflect on all the things I did enjoy, didn’t enjoy, got frustrated by, and understand it was just part of my make up.