The crowdfunding phenomenon has spread from America and is now gaining momentum in the UK. The basic premise is to allow individuals to appeal directly to the public to fund a project. It’s essentially like Dragon’s Den, but on a much wider, internet-based scale. Crowdfunding tends to focus on raising small amounts of money from lots of different backers – the ‘crowd’, so the average person really can get involved

Traditionally, crowdfunding has been used to finance artistic or creative projects, such as making films or recording albums. One of the most famous platforms is “Kickstarter”, which started in America in 2009, and caused excitement earlier this year by launching in the UK on 31 October. However, there are a huge number of different platforms that each cater to slightly different areas, for example PeopleFundIt focuses on socially-minded start-ups, Sponsume is one of the largest European platforms and is particularly well suited to community or charitable ideas, and Fundageek is a worldwide platform focused on technological innovation, and so on. 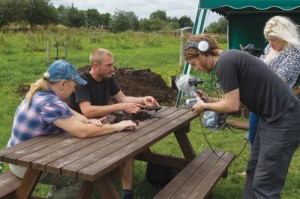 Crowdfunding platforms dedicated to start-up companies are a more recent evolution, but have started to grow in popularity. In 2011, UK site Crowdcube launched as an equity-based platform for start-ups, and earlier this year Seedrs was founded – another platform focusing on matching investors with new businesses.

It’s perhaps not surprising that these methods of funding have recently become so popular, given the economic downturn. It is a well documented fact that banks have increased their rates and made it more difficult for small businesses to borrow money; crowdfunding gives people an alternative.

So how does it work? There are variations depending on which crowdfunding site you choose, but the process is essentially the same: